When buying a truck one of the most important things to consider is the fuel-efficiency of the vehicle. The fuel capacity shouldn’t be missed as it is as essential as the payload and towing of the truck. The mileage figures range varies as per the different engines that every pickup has. It is usual that the heavy duty trucks don’t get full review from the EPA and we won’t be able to present these numbers on our list. We have selected the most fuel effective and also the worst 17 trucks on the North American market. 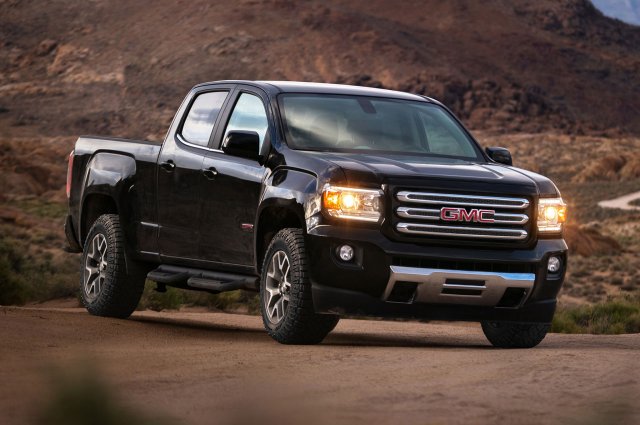 The GMC Canyon offers excellent EPA ratings 22/30. To get great fuel economy ratings of up to 25 mpg, choose the rear-wheel drive version of the Canyon that’s equipped with the Duramax 2.8-liter turbodiesel engine. It is one of the cheapest trucks on the market but when you add the Duramax diesel the price is changing significantly to $36,550 as all the possible variations of the engine are not available. 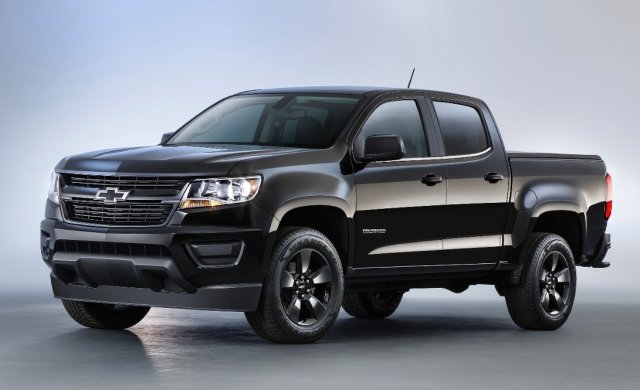 One of the most efficient pickup trucks on the market is Chevy Colorado. This version of the Colorado makes 181 horsepower from its 2.8-liter four-cylinder Duramax engine, which comes paired to a six-speed automatic transmission. Fuel economy ratings come in at 22 mpg city, 30 mpg highway, and 25 mpg combined. Although the turbo diesel Colorado is an expensive version of this compact pickup, at $37,245, it’s a smart choice. 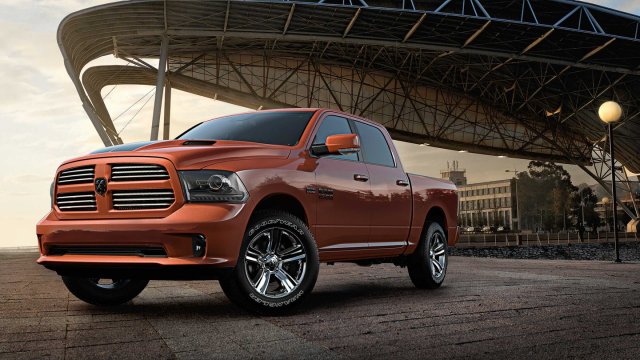 The RAM 1500 HFE leads the way of fuel efficient trucks. With a 3.6-liter Pentastar V6 that cranks out 305 horsepower and 269 lb-ft of torque, the RAM 1500 HFE can do some serious work. At the same time, it nets 25 miles per gallon on the highway, and its standard 8-speed automatic delivers luxury-smooth shifts. If you don’t want the HFE package, by the way, consider that the regular RAM 1500 V6 still achieves 20 mpg city/27 mpg highway. 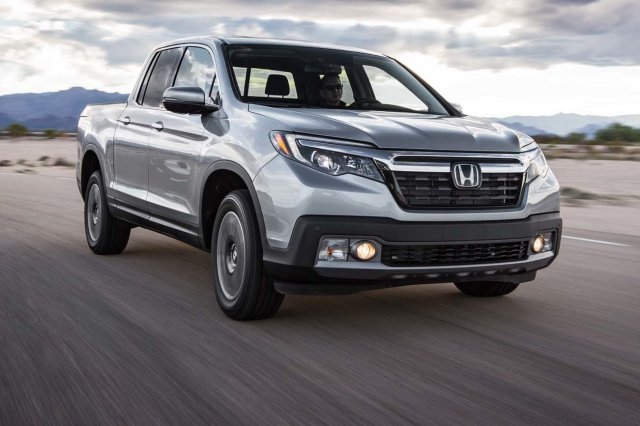 The most efficient version of the 2017 Honda Ridgeline is the base trim, which features front-wheel drive and a 3.5-liter V6 engine that makes 280 horsepower. A six-speed automatic transmission also comes standard in the Ridgeline. This combination is good for EPA ratings of 19 mpg in the city and 26 mpg on the highway. The Honda Ridgeline is expensive for the compact truck class, with a base price of $29,475 that puts it right up there with several full-size trucks. 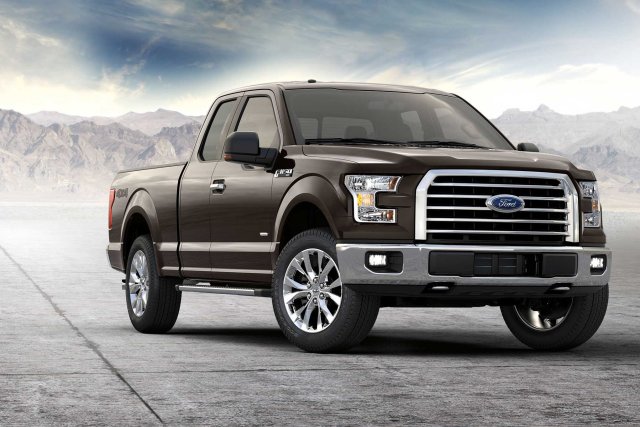 The full-size Ford F-150 is one of the most efficient pickups on the market, when equipped with rear-wheel drive and the available twin-turbocharged 2.7-liter V6 engine. This engine makes 325 horsepower and comes with a six-speed automatic transmission. It’s a great way to get good fuel economy of 19 mpg city and 26 mpg highway, without sacrificing performance. 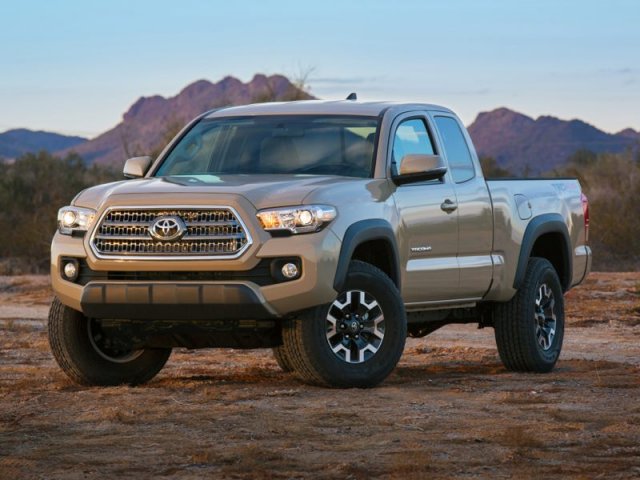 The compact Toyota Tacoma comes standard with a 2.7-liter four-cylinder engine that makes 159 horsepower. To get the best fuel economy out of this engine, 19 mpg city and 24 mpg highway, keep the Tacoma’s standard rear-wheel drive and six-speed automatic transmission. The Tacoma’s base price is $24,320, making it one of the more affordable choices on this list, though it lacks some of the features offered by rivals, and critics say its cabin could be more comfortable. 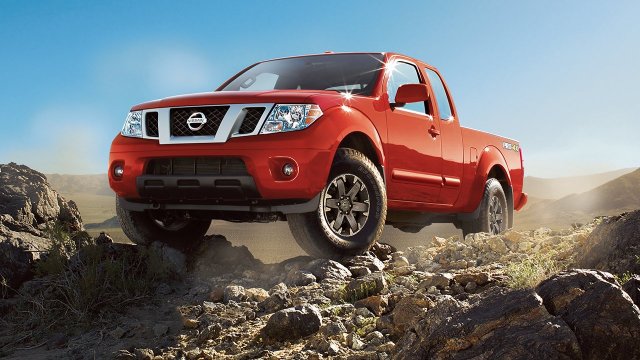 Nissan Frontier fans should be trilled as that is the most inexpensive version of the truck is the most efficient. For $18,390, buyers get a rear-wheel drive compact pickup with a 2.5-liter four-cylinder engine and a five-speed manual transmission. This combination yields 152 horsepower and fuel economy ratings of 19 mpg city, 23 mpg highway. 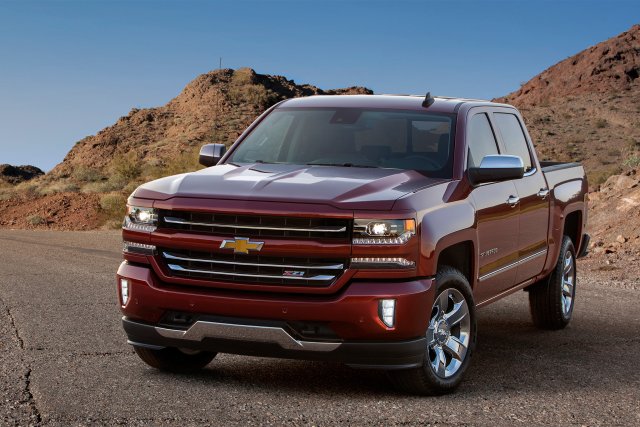 The Chevy Silverado 1500 is a popular full-size pickup truck with a base engine that delivers solid performance and competitive fuel economy. With rear-wheel drive, a 4.3-liter V6 engine, and a six-speed automatic transmission, the Silverado yields 285 horsepower, as well as EPA ratings of 18 mpg city and 24 mpg highway. That’s not bad for $27,785. As a finalist for our 2017 Best Full Size Truck for the Money award, the Silverado’s an all-around solid pick. 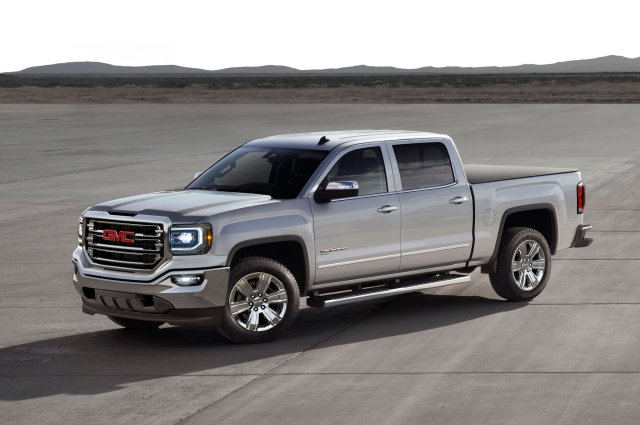 The GMC Sierra 1500 is a full-size pickup that’s a mechanical sibling of the Chevy Silverado, and as such, it returns identical performance and fuel economy figures – 285 horsepower and combined EPA ratings of 20 mpg in base trim. The Sierra has a slightly higher price than the Silverado, $28,405, which reflects the more upscale styling and cabin finishes found in the GMC version of the truck.

The Ford F-150 is the new American monster truck and the fuel mileage wasn’t a priority when it was designed. However the EPA numbers are 15/21 achieved in the best conditions which could be quite unrealistic. That is mostly true as it was created to be able to go through potholes and off-road terrains. 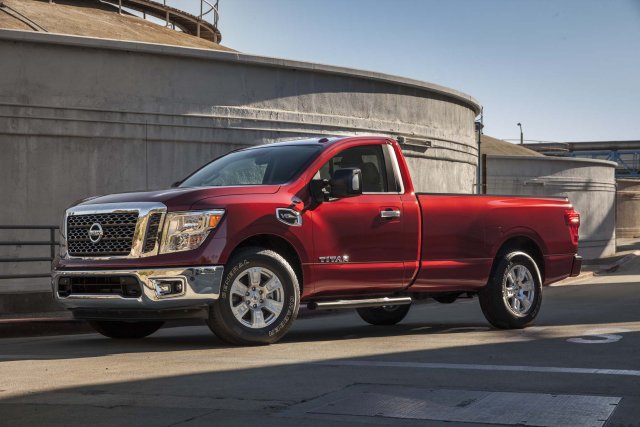 The Nissan Titan is a full-size pickup truck that’s been fully redesigned for 2017. It’s a bit expensive for the class, starting at $29,580, but it comes standard with a 5.6-liter V8 that produces 390 horsepower. Paired with the standard seven-speed automatic transmission, and in rear-wheel drive configuration, the Titan is good for fuel economy estimates of 15 mpg city and 21 mpg highway. If you like the looks of the redesigned Titan but need better fuel returns, keep an eye out for the V6 version due later this year. 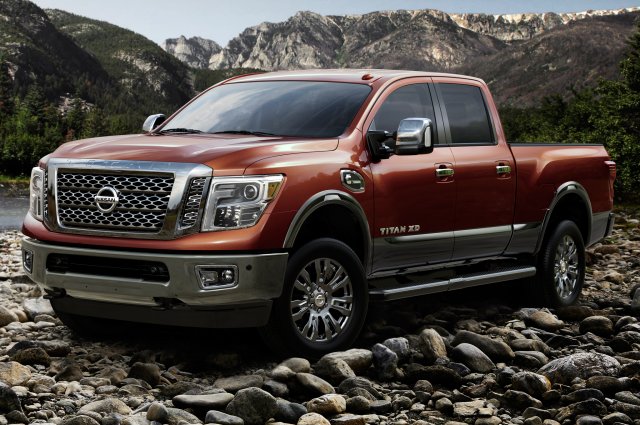 The Titan XD fuel economy EPA numbers are 15/20 when it is powered by 5.6-liter DOHC 32-valve V8 as the Titan. The other configuration that Cummins has 5.0-liter V8 turbo diesel engine is even more efficient. However EPA number for that one are not available so if you like to know the real numbers for sure, you should check with a dealer. 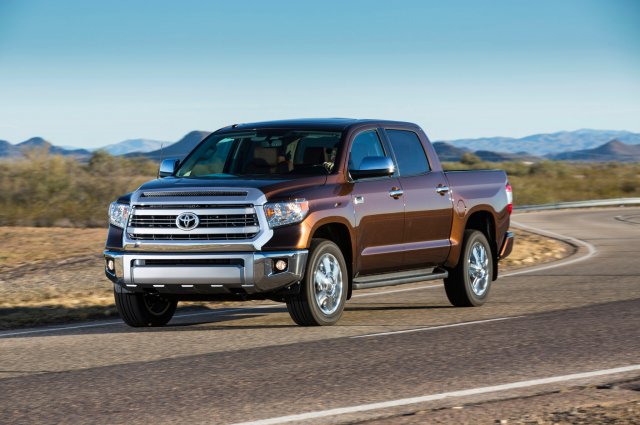 Toyota Tundra may be the least-efficient model on this list, but fans of powerful full-size trucks have few options in this regard. The Tundra’s EPA ratings of 15 mpg city and 19 mpg highway aren’t bad, considering this truck comes standard with a 310-horsepower, 4.6-liter V8 engine. Those fuel economy numbers also require rear-wheel drive along with the standard six-speed automatic transmission, for a price of $30,120. 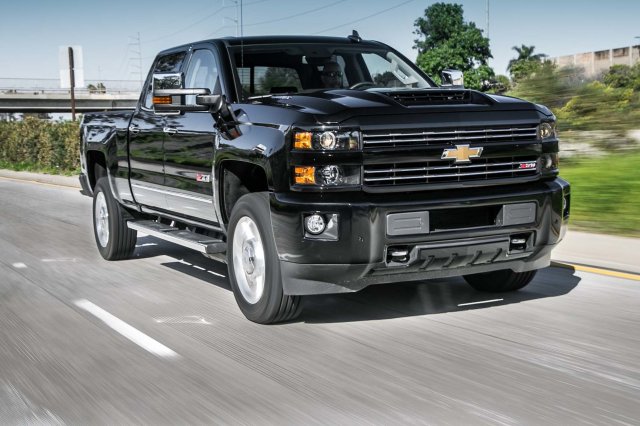 The Silverado 2500HD is a heavy duty truck that is powered by 6.0L V8 engine and starting price of $33,610. The EPA fuel mileage is 14/19 MPG. The truck has another configuration to offer Duramax® 6.6L turbo diesel V8 engine but the fuel economy numbers are not available. 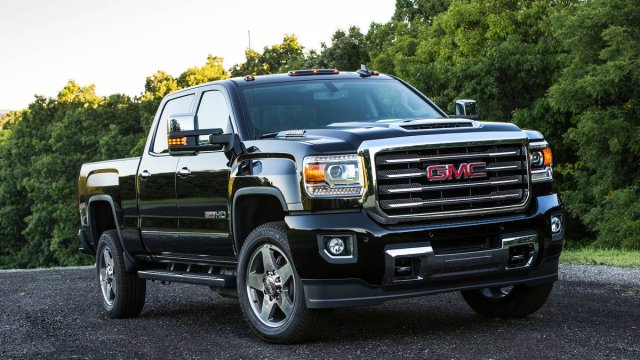 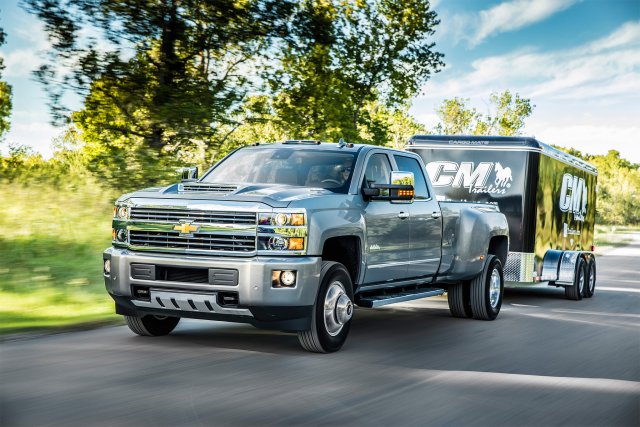 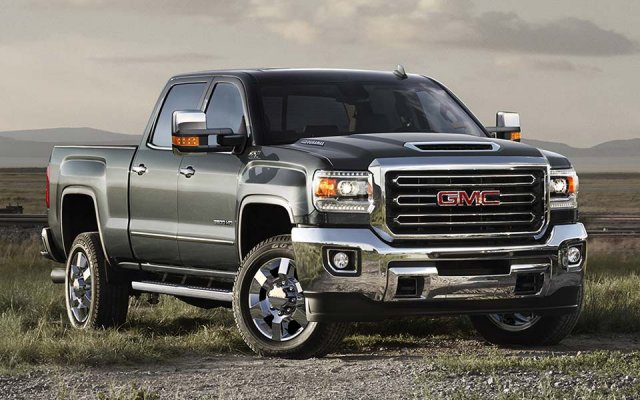 GMC Sierra 3500HD is the twin of the Silverado 3500HD both are powered by the 360 horsepower Vortec 6.0L V8 or the Duramax 6.6L turbo diesel V8 engine. That is the reason for the equal fuel mileage that Sierra shows 13MPG in the city and 16MPG on the highway. These are the number fir the V8 but there are no numbers released for the 6.6L turbo diesel